THURSDAY, Dec. 6, 2018 (HealthDay News) -- Although fewer Americans are dying from heart disease and cancer, deaths from chronic kidney disease are on the rise, especially among young adults, a new study finds.

"Unfortunately, chronic kidney disease is known as a 'silent epidemic,' because many people don't realize they have it until the disease is at an advanced stage," said senior study author Dr. Ziyad Al-Aly. He's a nephrologist and an assistant professor of medicine at Washington University School of Medicine in St. Louis.

"It is particularly concerning that chronic kidney disease is becoming more common in younger people. This is a remarkable move in the wrong direction," Al-Aly said in a university news release.

The researchers suspect that the increase is at least partially due to high-sugar, high-salt diets and the ongoing obesity epidemic. Unhealthy diets increase toxins that kidneys are designed to remove, which may account for the organs wearing out.

The increase in chronic kidney disease varies by state. For example, while all states saw rising rates, they are significantly higher in places with the highest obesity rates, including Alabama, Georgia, Louisiana, Mississippi and West Virginia.

For the study, Al-Aly and his colleagues used the Global Burden of Disease database, which provides information about 350 diseases and injuries by age and gender, as well as more than 80 risk factors in the United States and other countries. For their study, the researchers focused on U.S. data by age from 2002 to 2016.

They found that the rates of chronic kidney disease are increasing faster than the rates of all noninfectious diseases, including cardiovascular disease, cancer, cirrhosis, chronic lung diseases, mental problems and brain diseases.

"Public health priorities, policy initiatives, funding allocation and advocacy efforts need to catch up to this reality that the burden of chronic kidney disease is rising, and the speed of change now outpaces other noncommunicable diseases," Al-Aly said. "A concerted effort should be made to put the brakes on this."

The report was published online recently in the journal JAMA Network Open.

The American Kidney Fund has more on chronic kidney disease. 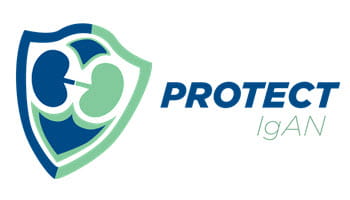 Medication options can be limited for people with chronic kidney disease, which is why they often get prescribed opioids to help manage pain. But new research finds that opioids could increase the risk of hospitalization and even death.