Could a lack of sleep be linked to Alzheimer’s disease?

Recent research suggests a possible link between poor sleep and the early signs of Alzheimer’s disease.

People who experience excessive daytime sleepiness, a sign of a sleep disorder, feel drowsy and tired during the day. Around 283 volunteers, 70 years of age or older, took part in a clinical trial looking at a possible link between daytime sleepiness and the early signs of Alzheimer’s disease. The results of the trial were published in JAMA Neurology. Volunteers answered questions about their sleeping habits, and had brain scans to look at levels of amyloid protein. (The accumulation of this protein in the brain is thought to damage nerve cells, and is associated with the development of Alzheimer’s disease.) Trial participants who reported excessive daytime sleepiness were more likely to have an accumulation of amyloid protein in the brain.

Sleep apnea is a common cause of sleep disruption that more often starts from middle age onward, before Alzheimer’s disease symptoms are usually seen. Apnea occurs when the upper airway gets blocked and breathing is stopped temporarily. A person with sleep apnea may awaken between 50 and 60 times a night. Earlier research found that, during sleep, your brain works to get rid of the amyloid plaques. Therefore, researchers considered whether sleep disruptions might cause levels of amyloid plaques to increase. In another recent clinical trial, people who were repeatedly awakened at night showed an immediate increase in brain amyloid levels.

More clinical trials are needed to understand the relationship between sleep and amyloid levels, Alzheimer’s disease risk, and disease progression. Research is ongoing. . 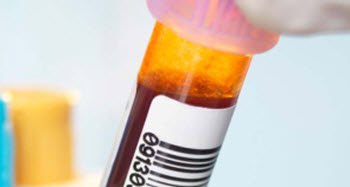 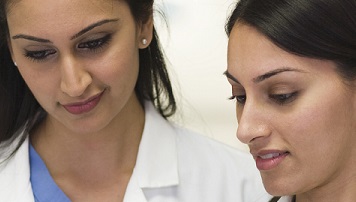