Could a new approach for treating lupus be under way?

Our intestine is colonized by a vast number of microbes, collectively referred to as the human microbiota. The microbiota is part of the gut barrier and helps our bodies by:

An abnormal microbiota may affect our body by allowing foreign substances to leak from the gut into other parts of the body. There is some evidence that this, in turn, may initiate both local and systemic immune responses causing various diseases, including systemic lupus erythematosus.

A recent study at Yale University suggests that Enterococcus gallinarum, a bacterium found in the small intestines of humans and mice, can travel to other parts of the body such as the spleen, liver, and lymph nodes. The researchers discovered that, while invading other tissues, the bacterium can stir up lupus-like autoimmune problems. The findings were made in mice prone to developing an autoimmune disease because of their genetic makeup. The discoveries were later supported by observations in liver cells removed from healthy people and studied in a laboratory. This suggests that similar inflammatory processes to those in mice may take place in humans with a predisposition to autoimmune diseases.

Further investigations showed that the autoimmune response in mice can be suppressed by specifically targeting Enterococcus gallinarum with an antibiotic or vaccine. By using either approach, the Yale team were able to reverse the effect of this bacterium on the immune system. Interestingly, the use of a vaccine against other types of bacteria did not stop autoimmunity or prevent mortality.

Although further research needs to be done, these findings suggest that this bacterium may be relevant to autoimmune diseases and, more specifically, to serious conditions like autoimmune liver disease and systemic lupus erythematosus. This observation has also paved the way for future studies looking at whether the use of antibiotics and vaccines could benefit patients with autoimmune diseases.

Can what you eat make a difference? 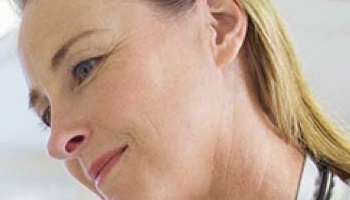 Avise: a new lupus test that may help speed up an accurate diagnosis