New Drug May Beat Older One at Preventing MS Relapse

The drug, called ofatumumab, beat a standard MS medication in reducing patients' symptom relapses. It also slowed down the progression of their disability over six months.

The researchers said the findings, published Aug. 6 in the New England Journal of Medicine, support a new focus that MS drug development has taken in recent years.

It's an approach that has been "astoundingly effective" against the most common form of MS, said Dr. Stephen Hauser, lead investigator on the new trial.

MS is a neurological disorder caused by a misguided immune system attack on the body's own myelin -- the protective sheath around nerve fibers in the spine and brain. Depending on where the damage occurs, symptoms include vision problems, muscle weakness, numbness, and difficulty with balance and coordination.

Most people with MS have the relapsing-remitting form -- where symptoms flare for a time, then ease. Over time, the disease becomes more steadily progressive.

Immune system cells called B cells seem to play an especially key role in MS, Hauser explained. That understanding led some doctors to start prescribing a cancer drug called rituximab to MS patients; the drug depletes the number of B cells in the blood.

Eventually, researchers developed a B-cell-depleting drug called Ocrevus, which was approved in 2017 for treating MS.

For the new trial, his team recruited nearly 2,000 patients with relapsing-remitting MS. Roughly half were randomly assigned to take monthly ofatumumab injections; the other half took Aubagio (teriflunomide), an oral MS medication.

Over the next year-and-a-half, patients on ofatumumab fared better: They had about half as many relapses, and were one-third less likely to see their disability worsen.

Overall, 8% of ofatumumab patients had worsened by month six, versus 12% of Aubagio patients. They also showed fewer new brain lesions on MRI scans, the researchers found.

The findings are encouraging news for MS patients, according to Hauser, director of the Weill Institute for Neurosciences at the University of California, San Francisco.

"Having more treatment options is a good thing," he said.

The trial was funded by drugmaker Novartis, which has submitted an application to the U.S. Food and Drug Administration to have ofatumumab approved for MS. The company recently said it expects a decision in September.

Should everyone with MS be on a B-cell-depleting drug? No, according to Dr. Barbara Giesser, a neurologist with the Pacific Neuroscience Institute in Santa Monica, Calif., and a fellow of the American Academy of Neurology.

There are numerous disease-modifying drugs for MS, and no "one-size-fits-all" treatment, Giesser said. "Disease-modifying" means they slow the disease course.

"Choosing a disease-modifying drug is very nuanced," said Giesser, who was not involved in the trial. "It has to be an individualized decision."

There are various factors to consider, she explained -- like the severity of the MS, any co-existing health conditions, or plans to have children.

If ofatumumab is approved, patients will have a choice among B-cell-depleting treatments. Since there has been no head-to-head comparison with Ocrevus, it's impossible to say whether one might work better than the other, according to Giesser.

Hauser said studies are needed to compare the drugs' ability to slow MS progression in the longer term.

Giesser noted that there is an obvious difference between ofatumumab and Ocrevus: The former is given by monthly self-injection. The latter requires going to a medical facility for infusions every six months. Each infusion takes several hours.

As for safety, a main concern with depleting B cells -- which create antibodies -- is that it could leave people more susceptible to infections. In this trial, 2.5% of ofatumumab patients had a "serious" infection -- most often appendicitis or a gastrointestinal bug.

Based on what's been seen with B-cell-depleting therapies so far, there seems to be a small increase in infection risk, Giesser said.

In the midst of the COVID-19 pandemic, there have been questions about whether the treatment could put patients at increased risk.

At this point, Giesser said, there has been no clear indication of heightened COVID-19 risk among patients on Ocrevus.

The National Multiple Sclerosis Society has more on MS medications. 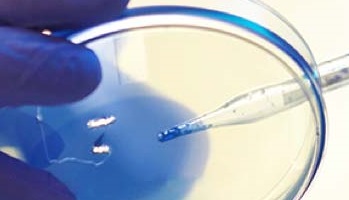