The researchers found that adding the drug, called belimumab, improved patients' likelihood of responding to treatment. That meant a reduction in protein in the urine -- a tell-tale sign of kidney inflammation -- and no significant loss in kidney function.

Experts said the results add to evidence that belimumab helps shield the kidneys from the ravages of lupus.

In the most common form of the disease -- called systemic lupus erythematosus (SLE) -- the immune system mistakenly produces antibodies against the body's own tissue. The onslaught can have widespread effects, damaging the skin, joints, heart, lungs and kidneys.

Up to 60% of people with SLE develop kidney inflammation known as nephritis, according to the Lupus Foundation of America.

There are drugs to treat it, and the prognosis has improved in recent years, said Dr. Michael Ward of the U.S. National Institute of Arthritis and Musculoskeletal and Skin Diseases, in Bethesda, Md.

But, he said, better treatments are still needed. Around 40% of people with more-severe lupus nephritis develop end-stage kidney failure.

Ward wrote an editorial published with the new findings Sept. 17 in the New England Journal of Medicine.

Belimumab is already approved for controlling lupus symptom flares in patients who do not have nephritis. Ward said the new findings suggest that patients already on the drug might get some added benefit for their kidneys.

But he said the question of whether nephritis patients should add belimumab is trickier.

"I'd describe the benefit as modest," Ward said. And it's unclear, he added, which nephritis patients could get that benefit.

Belimumab, first approved in 2011, also suppresses the immune system but in a more specific way. It's a lab-engineered antibody, given by IV or injection, and it quiets overactivity in immune system cells that produce antibodies.

The trials that spurred the drug's approval did not include people with full-blown nephritis. But some patients had "low-grade" kidney disease, said Dr. Richard Furie, lead researcher on the new trial.

And in those patients, there were signs belimumab benefited the kidneys.

That gave the impetus for this trial, said Furie, who is chief of rheumatology at Northwell Health, in Great Neck, N.Y.

His team recruited 448 lupus nephritis patients in 21 countries and randomly assigned them to one of two groups: One had monthly belimumab infusions added to their regular treatment; the other received placebo infusions.

GlaxoSmithKline, which markets the drug as Benlysta, funded the trial.

After two years, the belimumab group was faring better, the researchers found. Overall, 43% were showing a "primary efficacy renal response," compared to 32% of placebo patients.

That means patients had stable kidney function and a drop in protein in their urine, Furie explained.

But, Ward pointed out, the effect was seen only in patients who had the drug added to mycophenolate -- not those on cyclophosphamide. And it's not clear how to read that.

"It might mean belimumab only enhances the effects of mycophenolate," Ward speculated.

Or, he said, it could mean that belimumab only helps patients with less-severe kidney disease: Doctors may have prescribed cyclophosphamide to patients with worse disease.

Belimumab did appear to be safe. It had expected side effects, like respiratory and urinary tract infections. But there was no increase in serious side effects compared to the placebo -- a finding Ward called "reassuring."

A long-term question is whether adding belimumab would help prevent progression to advanced kidney failure. Ideally, both Furie and Ward said, a trial would look at that. But realistically, that's tough to pull off, since the complication can take many years to arise.

Based on these results, Furie said, "one could argue that nephritis patients should have (belimumab) in addition to the standard of care."

In the real world, though, there is also the matter of cost. Like other "biologic" drugs, belimumab is expensive -- totaling about $35,000 per year.

The Lupus Foundation of America has more on treatment options. 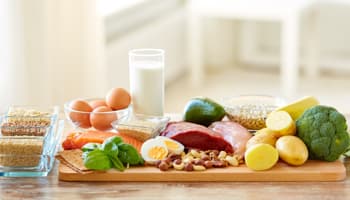 Can what you eat make a difference?